Marion Tauschwitz: “…following traces of Selma’s life I try to breathe as much Czernowitz atmosphere as possible. So yesterday I went to an interesting exhibition: Ansichten of Czernowitz. Young people have started to discover Czernowitz and to claim the town as their heritage: ancient views caught by young people who discover Czernowitz’ history and start being proud of what has been created in Czernowitz. The project started in spring and summer 2013 initiated by “Zentrum Gedankendach” by Oxana Matijchuk, the forum of architectures of Lübeck and the Oead Cooperation Centre of Lemberg. A Jury chose the 16 best motives and they were printed as postcards. The idea is to send the postcards to people all over the world and so transport the spirit of Czernowitz into the world. “Zentrum Gedankendach” and a local journalist documentated the opening exhibition and took interviews and they want to try to offer the film to a German TV station . They asked what I thought about the project – I told them that I am fascinated by the idea and that I think it is time for young people to start to cope with the history of their town. To discover the wealth of the culture that was created by Czernowitzers – especially by the Jewish population. to follow the tragic traces,too. These traces can be found all over the town. Each stones has its story, each “Kanaldeckel” can tell about history. Today I went along former Bischof Hackmen Gasse and discovered “Kanaldeckel” – from Vienna, Rumanian and Sowjet times – lined up in one row. Lined up history….” 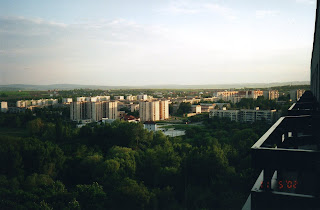 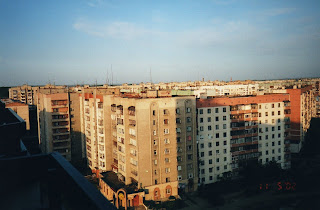 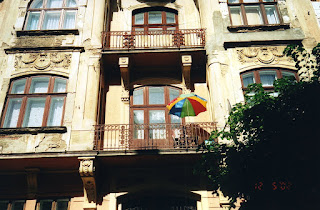 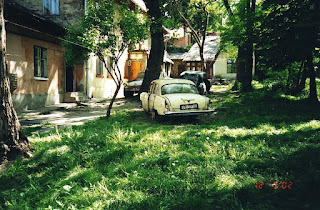 END_OF_DOCUMENT_TOKEN_TO_BE_REPLACED

The “Austria” of Czernowitz, made by Karl Peckary (1848 – 1896),  a young professor at the Czernowitz State Industrial School, has been exposed on the 4th October 1875 on the occasion of the centenary celebration of the affiliation of Bukovina to the Austrian Empire and the foundation of the k. k. Franz-Josef-University. Peter Elbau has designed a superb website covering this extraordinary event for Czernowitz and the Bukovina.

In the year 1918 the new Romanian authorities removed the statue and  for nearly one hundred years it got lost. But in 2003, during canalization works below ground level of the former Industrial Museum, the beheaded “Austria” was brought into the light of the day.

The newly discovered “Austria” became a symbol for the friendship between Ukraine, Austria and Western Europe. Ten copies of the statue were manufactured and ceded to international artists for creative adaptation of the “Austria”, one of them being Bronislav Tutelman from Czernowitz.

During the year 2006 ten “Austria” replicas went on a journey through Europe and finally found their way back to Czernowitz, taking residence in the Yuriy Fedkovych Chernivtsi National University.