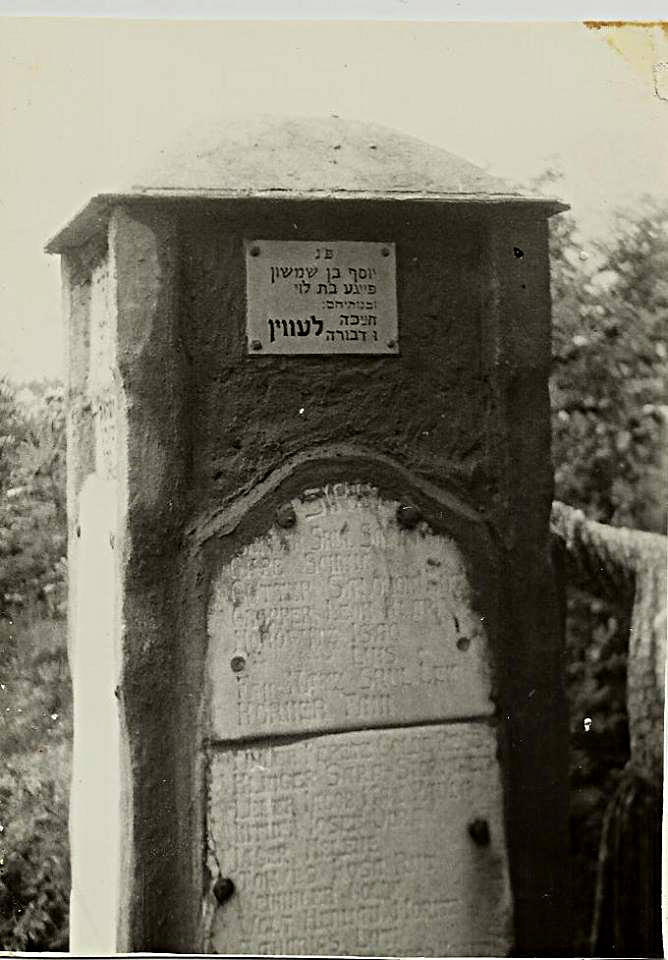 This is the tombstone on the mass grave at the Bershad Jewish cemetery.
The names on the tablet are of my grandparents: Joseph the son of Shimshon and Feiga the daughter of Levy; and their daughters – Haika (Clara) and Dvora (Dora) Levin. They all were deported from Czernowitz and died of typhoid in 1942.
My father was informed of the fate of his family when he himself was in the gulag. He was released in 1956 and lived in Moscow. My brother traveled to Bershad in  1972 and put this tablet on the stone. In 2017 our friends visited the cemetery and did not find the tablet. The local guide said that it was apparently stolen, because it was made of metal. Our friends ordered a new tablet made of stone and put it instead of the old one.  Ruth Levin

And this from Edgar Hauster 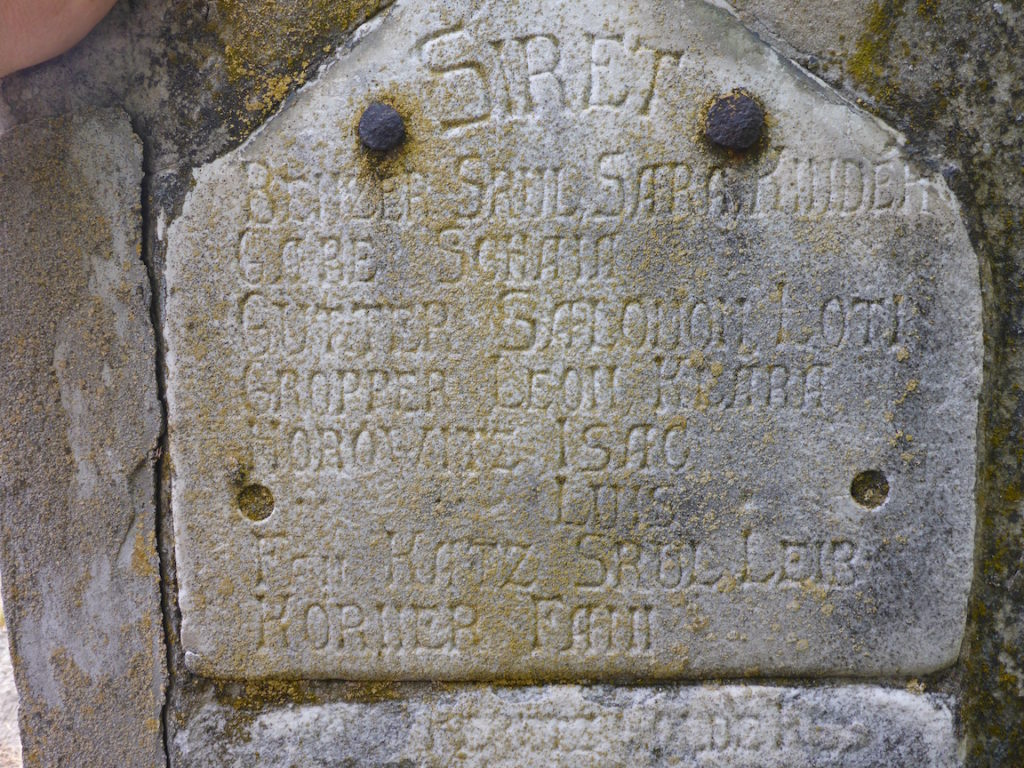 Read more at: Bershad, Oy Vey Bershad from the year 2015